According to the Department of Veteran’s Affairs, tinnitus (ringing of the ears) is the most common military-related disability in the United States, with nearly 3 million Americans affected. In addition to tinnitus, however, many soldiers returning from recent tours in Iraq, Afghanistan, and Syria have also suffered from temporary or permanent hearing loss, largely due to defective military-issued earplugs.

In the years spanning from 2003 to 2015, thousands of American military service members used a specific type of 3M earplugs that contained a serious defect. Dubbed the 3M Dual-Ended Combat Arms Earplugs Version 2 (better known as CAEv2), these earplugs failed to properly block out the extreme sounds of the battlefield, causing negative side effects for many veterans returning home from the front lines.

When a whistleblower lawsuit was finally filed against 3M in 2016, the company paid up to $9.1 million in settlements to affected veterans. Even with an abundance of evidence against them, however, 3M still has refused to admit any responsibility for these earplug defects. At DiPasquale Moore, we’re appalled that brave men and women in uniform were the victims of corporate negligence on such a massive scale – and we’re committed to righting that wrong by filing defective product lawsuits on behalf of affected veterans. 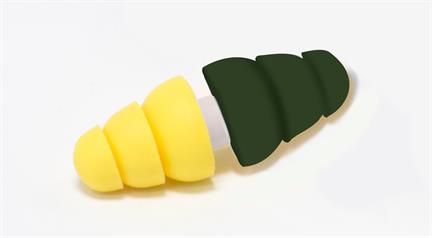 Although both sides of the Dual-Ended Combat Arms earplugs were advertised as blocking all loud and extreme sounds, it turns out that these products did not create a proper seal to protect the delicate ear canal and eardrums. Because they were too short for the average ear, the now-discontinued CAEv2 tended to loosen or even fall out of the ear after continued use. Once the earplugs were dislocated, dangerous sound pollution from gunfire and explosions could cause temporary and even permanent hearing loss, along with chronic pain and tinnitus.

According to court documents, original parent company Aearo knew about this problem since 2000, and yet still saw fit to sell the earplugs to the U.S. Military, along with assurances that they were completely safe for service members to use. Once Aearo was acquired by 3M in 2008, they assumed liability for these products – and yet did nothing to stop millions of service members from becoming injured. Aside from allowing defective earplugs to become standard issue in the U.S. military, there’s evidence that 3M may have violated core tenets of the False Claims Act as well.

If you’ve been affected as a result of negligence at 3M, you’re not alone. At DiPasquale Moore, our product liability team can fight on your behalf just as we’ve done for hundreds of injury victims throughout Kansas and Missouri. Combining 100 years of legal experience with a deep passion for justice, we’ll go the extra mile to ensure that you get the compensation and the care that you need, and to help you find peace of mind after your injuries.