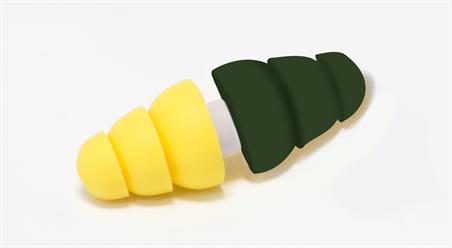 Thousands of United States veterans used 3M Dual-Ended Combat Arms Earplugs in the years between 2003 and 2015. However, due to a core product defect, these standard-issue earplugs failed to maintain the requisite seal between soldiers’ ears and the dangerous sounds outside. Because of this crucial flaw, hundreds of veterans have experienced tinnitus, hearing loss, and other painful side effects.

After several vets came forward to file suits, it was discovered that 3M sold these earplugs to the U.S. government even though they knew about the defects. This kind of gross negligence requires accountability – and at DiPasquale Moore, we’re committed to helping injured veterans hold 3M accountable for their egregious actions. With over 100 years of experience fighting for injury victims, you can rest assured that our skilled product liability attorneys will create an effective case strategy and see it through to trial.

The Dangers of Faulty Earplugs in Combat

Although faulty earplugs may not sound like a cause for concern to the average civilian, they couldn’t be more dangerous on the loud and chaotic battlefield. From explosions to shelling to nearby gunfire, soldiers can develop a range of serious and debilitating ear injuries without proper protective gear.

The 3M Dual-Ended Combat Arms Earplugs, Version 2 (CAEv2) had two ends, colored yellow and olive-green, and both sides were supposed to prevent these injuries. The yellow end was advertised as reducing extreme noise pollution, such as explosions and other threats to hearing, without dampening low-level noises like friendly commands and approaching enemy combatants. The olive-green end, on the other hand, acted more like traditional sound-blocking earplugs.

But no matter which side of the CAEv2 earplugs was used, court documents from the initial lawsuits revealed that they had a tendency to loosen within the ear canal. This is because the plugs are too short for the average wearer’s ear, so whether using the yellow or the olive-green sections, military service members could easily suffer from hearing-related injuries without realizing it.

Members of the military who used CAEv2 earplugs often sustained the following injuries:

According to the original lawsuits, Aearo – the original producer and distributor of these earplugs – may have known about the defects as early as 2000, and the company may also have falsified evidence in order to convince the U.S. military to purchase them. After 3M acquired Aearo in 2008, they assumed the liabilities, and yet did nothing to halt production or to inform the U.S. government about the risks.

At DiPasquale Moore, we have incredible respect for the service given by the brave men and women in uniform. That’s just one of the reasons we’re committed to pursuing justice on behalf of the affected service members, and ensuring that they have the compensation they need to purchase hearing aids and receive ongoing treatment. As compassionate product liability attorneys, we won’t stop until you can recover damages for your hearing loss and other injuries.

Read some of our blog on the 3M military earplus here: